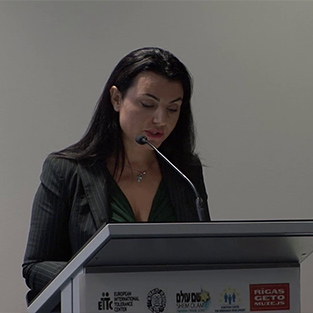 Pranvera Tika  is a Political Scientist. Her main academic and research interests includes the broad spectrum of the processes of democratization in the Balkans, right-wing extremism in Europe and in the Balkans, Populism, Comparative Politics, Euroscepticism, Conspiracy theories, social movements, political parties, human rights and globalization. She is completing her PhD thesis at Panteion University in Athens (Greece) with emphasis on the political systems of three Balkan countries after the fall of Communism: Albania, Bulgaria and Romania. Mrs. Vera Tika has a Master’s Degree in Political Science from the University of Panteion in Athens (Greece) and an undergraduate degree in Social Policy from the University of Panteion in Athens (Greece). She has been involved in different European projects concerning the phenomena of social and political radicalism, the Populist and Extreme Far Right phenomenon, the development of the comparative research, secondary analysis (Socialdatanet) as well as the quantitative and qualitative research methodologies. Currently, she is a researcher for the Center for Research on Extremism (C-REX), University of Oslo, for the study of right-wing extremism, hate crime and political violence in Albanian speaking countries (Albania, Kosovo, North Macedonia) and Bulgaria. She is a member of the Hellenic Political Science Association (HPSA) and the Hellenic League of the Human Rights.
Mrs. Pranvera Tika speaks Albanian, Greek, Italian, French, Spanish, English and some Bulgarian.