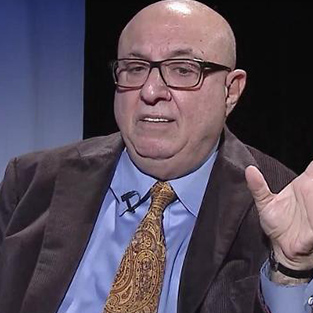 STEPHEN ERIC BRONNER is Co-Director the International Council for Diplomacy and Dialogue and Board of Governors Distinguished Professor Emeritus of Political Science at Rutgers University. His many writings have been translated into well over a dozen languages. They include: Moments of Decision Reclaiming the Enlightenment, A Rumor about the Jews, and The Bigot. An Affiliate Distinguished Fellow at the Center for the Study of Genocide and Human Rights, Professor Bronner has engaged in many missions of civic diplomacy in Darfur, Guinea, Iran, Iraq, Syria, and elsewhere. In 2011, he was awarded the MEPeace Prize by the Middle East Peace Network based in Jerusalem. His most recent works, are The Sovereign and Existentialism, Authenticity, Solidarity with Routledge Publishers.