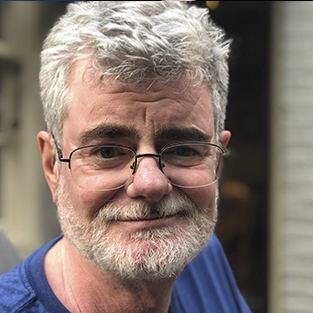 ­—present               an internationally known expert on hate groups, hate crimes, radical ideology/theology, all forms of bigotry, right-wing terrorism, conspiracy theories, and the history of the American radical right. Wide experience with public speaking and media, including thousands of appearances in the national/international/regional press, most major U.S. network, cable and radio news programs, and over 25 documentaries. I currently am a Senior Fellow at the Centre for Analysis of the Radical Right, a scholars’ organization, and also write regularly on right-wing extremism for the Daily Beast. Experience in court expert consultations.

Served as director of the Intelligence Project (formerly Klanwatch) and, later, Senior Fellow

the SPLC, a leading nonprofit civil rights organization. For most of that time, I was the

Center’s chief spokesperson on matters related to the radical right, testifying in such venues

as the U.S. Senate, the United Nations High Commission on Human Rights in Geneva, the

work. I gave major speeches in places including the U.S. Holocaust Memorial Museum,

the George C. Marshall European Center for Security Studies in Germany, the American

Criminal Justice Society, and in scores of university and government venues. During my

time at the Center, I helped manage a highly specialized staff of about 15 people; led the

leading publications as The New York Times. Featured in major documentaries on the Ku

movement, and more. In the 20 years I was at the Center, the SPLC’s Intelligence Project

won a reputation as the nation’s leading analyst and foe of the American radical right.

As USA Today’s Southwest Correspondent, I was responsible for most of the southwestern

U.S., as well as breaking national stories around the country and in Mexico. Among the

major stories I covered were the 1993 standoff in Waco, Texas; the rise of right-wing

editors for a Pulitzer Prize for stories on racism in rural Texas. Circulation: 2 million.

I covered north Texas for about a year of this time for People magazine. I also wrote for

Until the demise of the 112-year-old Dallas Times Herald, I was a senior general assignment

reporter covering such major stories as the fall of the Berlin wall, the 1989 San Francisco

On leave from The Miami Herald, I free-lanced articles on Spanish life and politics to

newspapers including the Herald, the Los Angeles Times, The Chicago Tribune and Spain’s

Lookout magazine. Worked about half-time for the English Language Service of Agencia

guide books published by Fodor’s, Birnbaum and Bantam. Assignment editor for A Day in

transportation, and general assignments ranging from a commercial plane crash and natural disasters to a Tropic magazine profile of a high school teacher. Circulation: 450,000.

Beginning in midsummer 1981, a “business-labor writer” concentrating on labor issues at a

B.A. with special honors in political science, emphasis on economics of less developed

PERSONAL        Born in Paris, France, and raised in Plainfield, Vermont, and Athens, Greece, I’ve worked as

researcher and a sailor. In the fall of 1978, I skippered a 55-foot staysail schooner, since lost

at sea, from Athens to Alicante, Spain. Five years earlier, I built a two-story, Cape-style

house and studio in Vermont, where I worked as an art glassblower. Other interests include photography, music, reading, history, carpentry and boats. Decent but fading Spanish.

The following list does not include anything appearing in the Intelligence Report, which I wrote for and edited for 20 years, or in any other periodical. I have also been cited widely in scholarly and other books.

Southern Poverty Law Center, “‘Neither Left Nor Right:’ The Extreme Right and the Battle Against the New World Order,” Voices of Terror: Manifestos, Writings and Manuals of Al Qaeda, Hamas, and Other Terrorists From Around the World and Throughout the Ages, ed. Walter Laqueur (New York: Reed Press, 2004)

Mark Potok, “Foreword,” Death on the Fourth of July: The Story of a Killing, a Trial, and Hate Crime in America, David Neiwert (New York: Palgrave Macmillan, 2004).

I’ve been quoted thousands of times as an expert on the radical right in the mass media, including citations in almost every national newspaper, news magazine and television news show in America, as well as in leading European media venues like Der Spiegel and the BBC. It’s not possible to list all those citations here. What follows is intended only to give a sense of my work with the media.

National Public Radio: At least 74 appearances (1999-2017) on national NPR shows including “All Things Considered,” “Morning Edition,” “Tell Me More,” “News and Notes,” “Weekend Edition Saturday,” “Weekend Edition Sunday,” “On Point with Tom Ashbrook,” “Day to Day,” “On the Media,” “Latino USA,” “Talk of the Nation,” “The Two-Way,” “The Tavis Smiley Show,” “Blog of the Nation,” “The Bryant Park Project” and several others. On March 25, 2010, Terry Gross ran a 43-minute interview with me on “Fresh Air.” I’ve also done a very large number of interviews with local NPR stations around the country.

Other Radio: Major non-NPR shows and stations I’ve appeared on regularly include “Democracy Now!,” “Newsweek on Air,” WBAI-FM in New York, American Urban Radio Networks, Voice of America, and many others.

Television News: What follows is a sampling of the national shows I’ve appeared on. It does not include interviews with anchors without named shows, appearances on regional or local television, or television documentaries.

The following is a partial list of public speaking engagements, mostly in academic or government venues. It does not include talks in non-public settings.

Speaker, Not In Our Town national conference, Bloomington, Ill., Oct. 7, 2006

Speaker (extremism in Alabama), Over the Mountain Democrats, Homewood, Ala., July 17, 2007

Lead keynote, “Two Americas: The Radical Right, Then and Now,” inaugural conference, Centre for Analysis of the Radical Right, American International University in London, Richmond, May 15, 2019